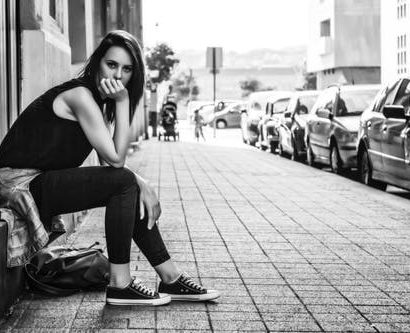 You might as well replace these two words with public speaking as far as I’m concerned.

To me, this is something out of the ordinary, and well outside of my comfort zone – the one where I’m setting up my shots to photograph someone in a portrait, or a group of individuals whom I’m acquainted with, like family, friends, coworkers, or others who know I’m a photographer. 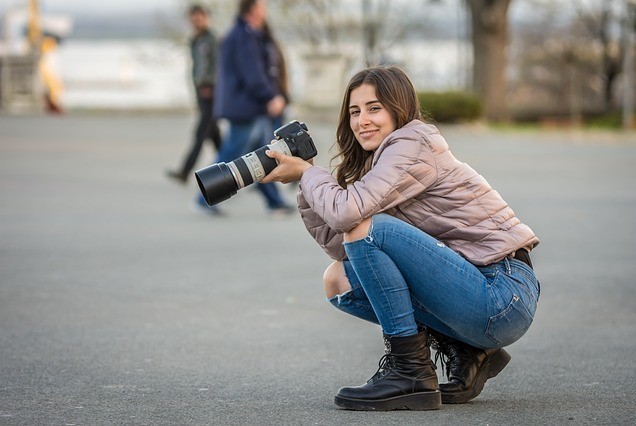 But to capture complete strangers while walking down a public street? This is a whole other feeling, where my confidence would escape me, and my nerves of steel quickly turned into putty. I mean, instead of walking around with my camera around me neck, you might as well ask me to be a door-to-door salesman, or hand out sell girl scout cookies face to face with everyone I run into.

I consider myself a natural introvert, but with extroverted tendencies at times. I am definitely open to smiling and greeting occasional strangers that I may run into in public as the opportunity presents itself – like standing in line at the grocery store, or Starbucks, or a familiar face at the gym.

And something that I learned long ago is that most people that we see in public aren’t really thinking about us – they’re mind is on themselves and their own little world. So in this regard, I consider myself a very sociable person who can fit into most situations.

But when it comes to street photography, there’s a lot more that I discovered from being out in a public setting and interacting with people.

First, how do I take pictures in a public setting? I certainly can’t carry my tripod around, or stop every single individual that pass by on the street and take a moment to snap their photos. I learned that there are individuals who are literally camera shy and don’t want to be photographed for whatever reason, while others are a bit more opened and cooperative. But it’s not like they’re wearing a sign on the top of their head saying “Photograph me!” 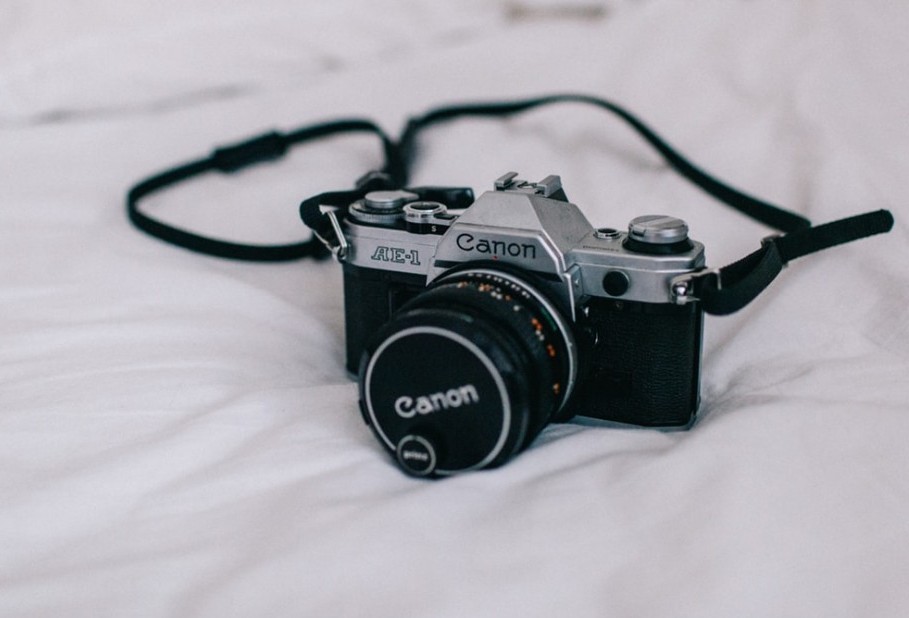 Second, what if I see the perfect picture in the right frame and have a short window of opportunity take this shot? What do I do? In my perfect world, I would simply whip out my special “time freezing” device and simple freeze time right there in that instance, set up my camera and takes the shot. Then restart time, of course. But this isn’t that perfect world, and I have to react, rather than freeze up. But this is so much easier said than done – especially when you’re new at this.

How do I begin?

For starters, I wasn’t going to get over this fear until I actually put myself out there with my camera. For me, I didn’t just go out with my camera hanging around my neck by the camera straps, like I’m shooting for the press. I felt a bit more comfortable walking around in the beginning with my camera in my backpack, preferably a dslr camera travel backpack. I’m felt like getting a feel for my surroundings and the individuals, along with the conditions.

At this point, I started to take my camera out and walk around with it, mostly at waist level, by my side, while I take a stroll. For me, this was more of the first ‘ice breaker’ – just getting comfortable walking around in the public street with my dslr. I’m not really trying to hide it, or strut around with it, but just casually keep it ready (even though I wasn’t really prepared to use it). I wanted to put myself at ease one step at time, and this was the first step for me – even before I actually had the courage to take a shot.

Putting on my tourist cap

Now when it comes to do this for the first time, this was one of the first issues that I wrestled with, along with the fear and nervousness. Just the thought of having people think that I’m some visitor to the area seeing this place, or city for the first time in my life and snapping everything in site kept me away. But it’s like I said earlier – most people’s minds are on other things, not some random tourist of photographer they may see for a second before they keep walking.

In any case, this is the time I spend taking casual shots as I see them. These started off as architecture shots, maybe a few landmarks, or distant landscapes, and I also threw in some crowds shots, or individuals (from afar, of course!).

Step by step, with each outing, I start to feel a bit more comfortable. And in this stage, it really didn’t matter if something may have been a little off in my shot, like the aperture, or shutter speed. I just take the shot once, and causally moved on, still getting my feet wet.

This is actually what I would be used to doing – setting up a shot with an individual, adjusting my zoom and focus for the proper depth of field, and just shooting. Now the hard part is getting them to say yes.

I’ve met some cooperative individuals when photographing in different areas, like trails, bike riding, parks, etc, who were very open to me taking their photograph’s without any issue. And they were very patient, as this allowed me ample time to set up my tripod, adjust my aperture and shutter speed and takes some quality shots. 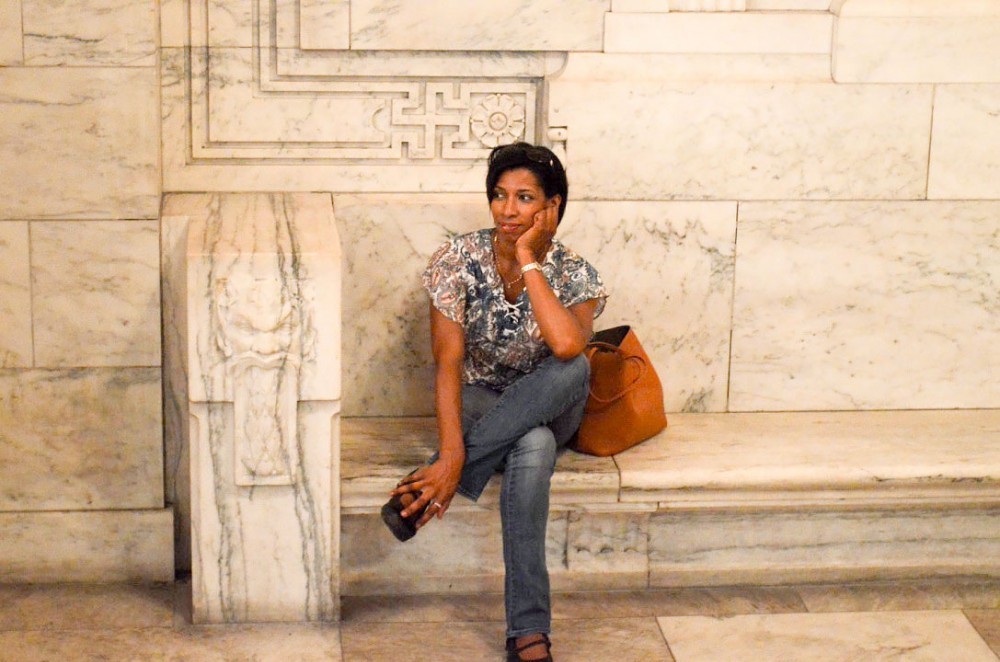 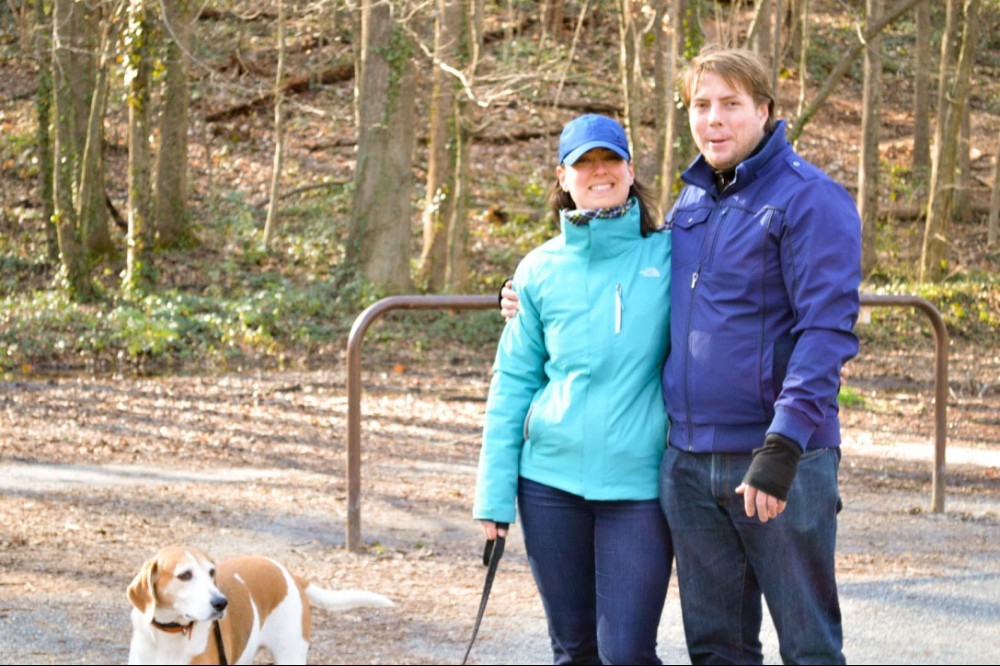 But there are also going to be times when people will say no. And they’re not really saying it to be rude. I’m assuming that they’re either camera shy (which some people have acknowledged) or just in a rush to get to wherever they’re going. I just tell them to have a nice day and move on.

Shooting from the Hip (with Zone Focus)

This is probably one of the hardest things I’ve attempted with my dslr so far. Basically, what you’re doing here is shooting from your hip, or right around where your waistline is. It’s like a sleight of hand in magic, where no one is really paying attention, including the individuals who will walk into your proximity.

The key is to set your Zone Focus ahead of time to a particular distance. For me, it was about ten feet. Then from here, it’s a matter of shooting an individual as they enter into this are of ten feet in front of me. But I only shoot from the hip so that they hardly notice it.

I’ve tried this many times and I still struggle with this technique. Either I have my camera tilted too high, too low, or I’m not subtle enough with my camera, or my finger on the shutter button and I fail to get a shot off in time before the person leaves the frame. So this part is definitely going to take some practice on my end until I’m better at it.

In the mean time, I’ve resorted to a stealthier method, of casually choosing my subjects, and then take my shot from an angle or distance where they don’t suspect me. This has proven to be a much better and effective technique for me. 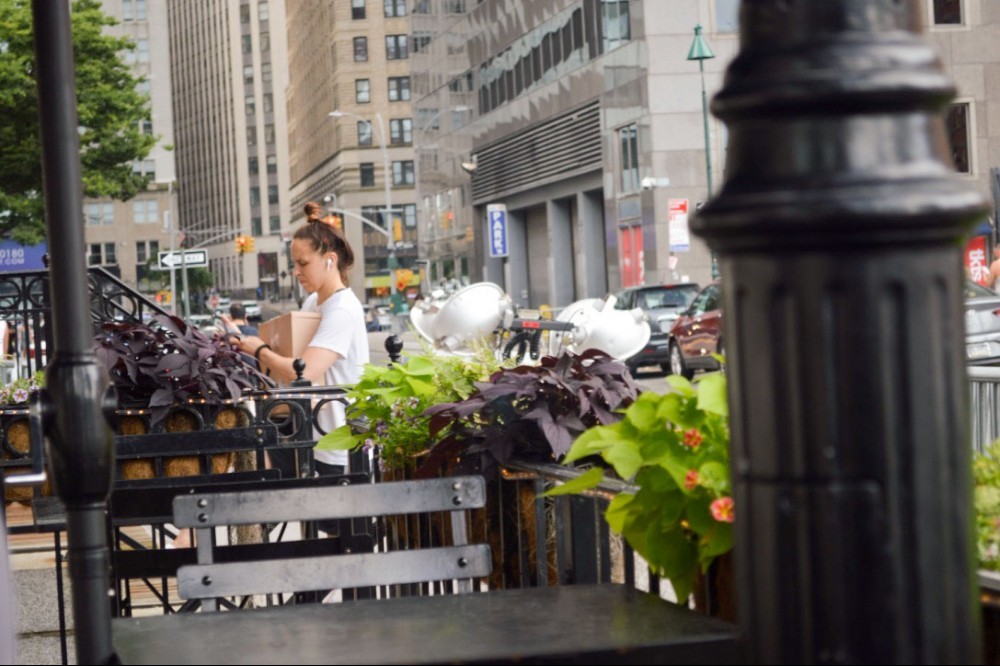 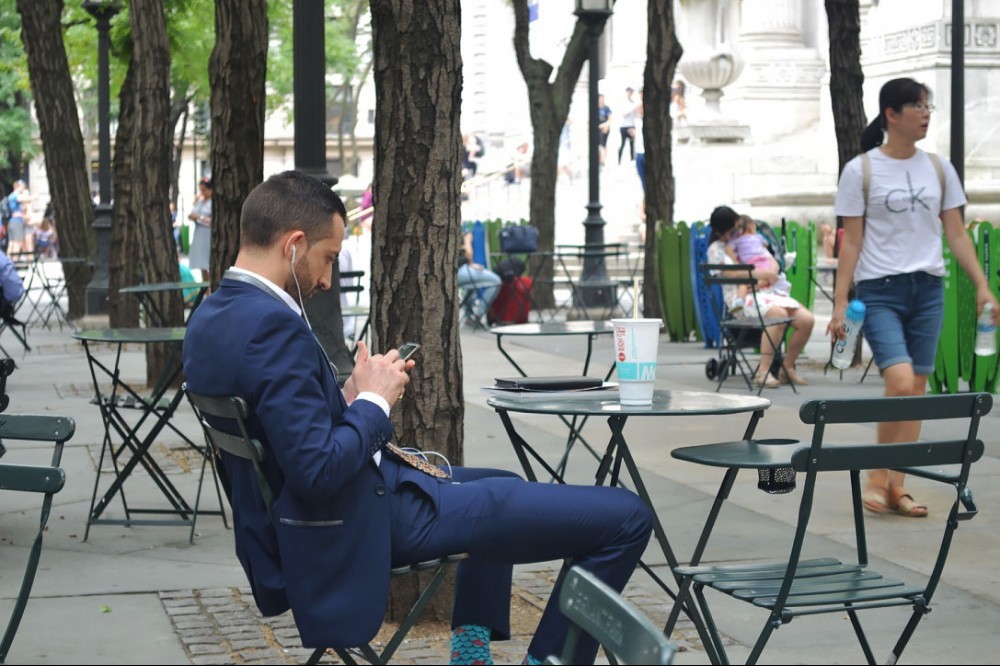 When I was out there for the first few times taking photographs, my intentions were not only to choose by subjects wisely, but to try to get the perfect shot. I feel that it’s better to let just let everything comes to you.

Let’s face it – it took initial courage for me to first get out here in the first place – not necessarily as an introvert attempting to take pictures in public – but just getting comfortable in taking photographs of people as their casually going about their daily activities.

I think this was a good start for me and definitely something that I can work on over time, with plenty of practice. And there was definitely some areas that I can improve on, like using the right filter, or investing in a longer zoom lens for those shots that I may have missed because I was too far out of range.

This is what I learned from my first few outings in street photography. But I’m interested in hearing everyone’s perspective on this.